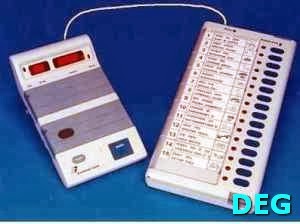 Electronic voting machines are absolutely necessary for all elections. Not only do these machines provide a haven of privacy for voters, the machines additionally act as a safeguard for the votes casted. Electronic voting machines are also much more efficient than alternative means of ballot counting. These machines are the future of voting.
Electronic voting is not necessary and if possible should not be used in elections. Most developed countries do not use electronic voting and a few have banned it, including Germany and the Netherlands.
VotersUnite.org reports that: Flawed and failing computerized vote-counters have been reported in hundreds of news stories, experienced by thousands of voters, caused millions of dollars in official investigations and studies … and yet the equipment is still in use in virtually every jurisdiction in the United States.
See a database of failures of electronic voting in the United States and you will wonder why we still use computers.
Because of drastic failures with electronic voting – 4,400 votes permanently lost in Carteret County NC in Nov 2004, 18,000 under votes for the FL 13 Congressional race in Sarasota in 2006, and more – many states at least require that ballots be voter marked. At least with a voter marked paper ballot, even if a machine counts the ballot, there is a way to audit the results to check for computer errors or to do a recount if software flips the results.
Many states have banned paperless voting but the votes are still tallied by computers and still vulnerable to errors or fraud.
Federal Standards allow for these voting machines to fail up to nearly 10% of the time in a single voting day. Clearly our standards are too low and failing us.