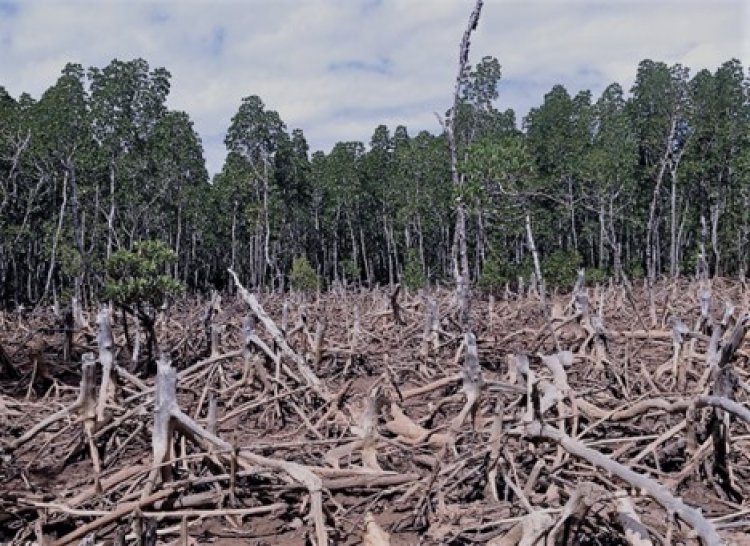 You can write a paragraph on “Deforestation” by answering questions down below:

· (a) What is deforestation?

· (b) What are the main causes of deforestation?

· (c) What are the effects of deforestation on men and animals?

· (d) What are the effects of deforestation on climate?

· (e) What measures should be taken to stop deforestation?

· (g) How can deforestation be related to global warming?

· (h) Why should we prevent deforestation?

· (i) How will the low-lying countries be affected?

Deforestation means the act of cutting down or burning the trees indiscriminately in an area. Nowadays it has become a global problem. There are many causes of deforestation. Among them, population explosion is the main cause of deforestation. People use wood for different purpose. They need shelter, agricultural land, fuel, furniture, etc. For all these reasons people cut trees. There are many impacts of deforestation on human being, fauna, nature and climate. If people cut down trees at random, one day a number of regions will turn into deserts. There will be no rain and as a result, agriculture will face a great crisis. The global temperature will rise and it will cause Greenhouse Effect. The sea level will rise and the low-lying countries of the world will go under water. Moreover, deforestation leads to many ecologically damaging outcomes affecting the flora and fauna of the area, and disturbing the food chain and the hydrological cycle. So, we should prevent deforestation. To get rid of this problem, social awareness can be raised regarding bad effects of deforestation. For this purpose, tree plantation programme can be raised through print and electronic media. Besides, strict laws should be made and implemented to reduce deforestation. After all, if we want to save our planet, we must protect our forests.

Deforestation means cutting down or burning a large number of trees/ forests indiscriminately. For the increasing number of population, we need more schools, colleges, offices, business establishments and various sorts of furniture. So, we cut down many trees. Moreover, in many parts of Bangladesh, people are to depend on wood for cooking their food. To make fire, they cut down trees. This cutting down of trees is deforestation which has many adverse effects. Deforestation disturbs our ecological balance. Animals and birds living in the forests are on the verge of extinction owing to deforestation. An inadequate number of trees causes drought and drought damages crops. When crops do not grow as we require, there happens famine. It is causing the greenhouse effect. Deforestation may cause desertification in many parts of the world which will pose a serious threat to our living. As a result of deforestation, carbon dioxide is increasing worldwide making the world warmer. It also causes the rise of sea level and thereby floods coastal areas and farmland. Deforestation exerts many adverse effects on climate, agriculture and our life. We should try to stop deforestation and plant more and more trees.

Bangladesh is the most densely populated country in the world. Its population is much more in proportion to its area. This huge number of population needs more shelter, agricultural land, fuel, furniture etc. For all these reasons people cut trees. Moreover, there are some dishonest people who cut trees in our forests to make money. The effects of deforestation are too many to describe. This destruction distrubs our ecological balance. The existence of animals are going to be threatened. Due to deforestation carbon dioxide is increasing worldwide. As a result, the world is becoming warmer. The sea level is rising and many parts of the world is going to be engulfed by the sea in recent future. On the other hand, new areas of the world are turning into deserts as a result of deforestation. The removal of trees causes birds and other animals living on them to leave the place. It also causes serious damage to the soil, as trees give portection to soil as well. In the end, the soil gets sediment in the river bed and causes frequent floods. So, if we destroy trees at randóm, one day the country will turn into a great desert. All living animals and birds will not find any food or shelter to live in. They will be destroyed. There will be no rain and as a result our agriculture will face a great crisis. The temperature will rise and it will cause green house effect. The country will be unsuitable for living and various natural calamities like flood, drought, storm etc. will visit our country. Immediate measures should be taken to prevent deforestation. People should be made aware of tree plantation through mass media. Tree plantation programme should be extended throughout the country.

Paragraph Tree Plantation For Class 6 to 12

The Cruelty of a Housemistress

A big influence of internet (Paragraph)

Application to the headmaster of your school for holding... 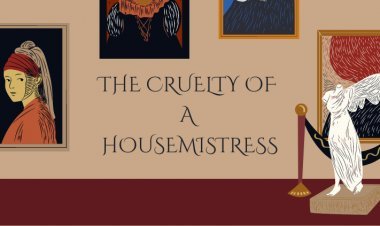 The Cruelty of a Housemistress

Write a letter to your friend consoling his/her mother’s...